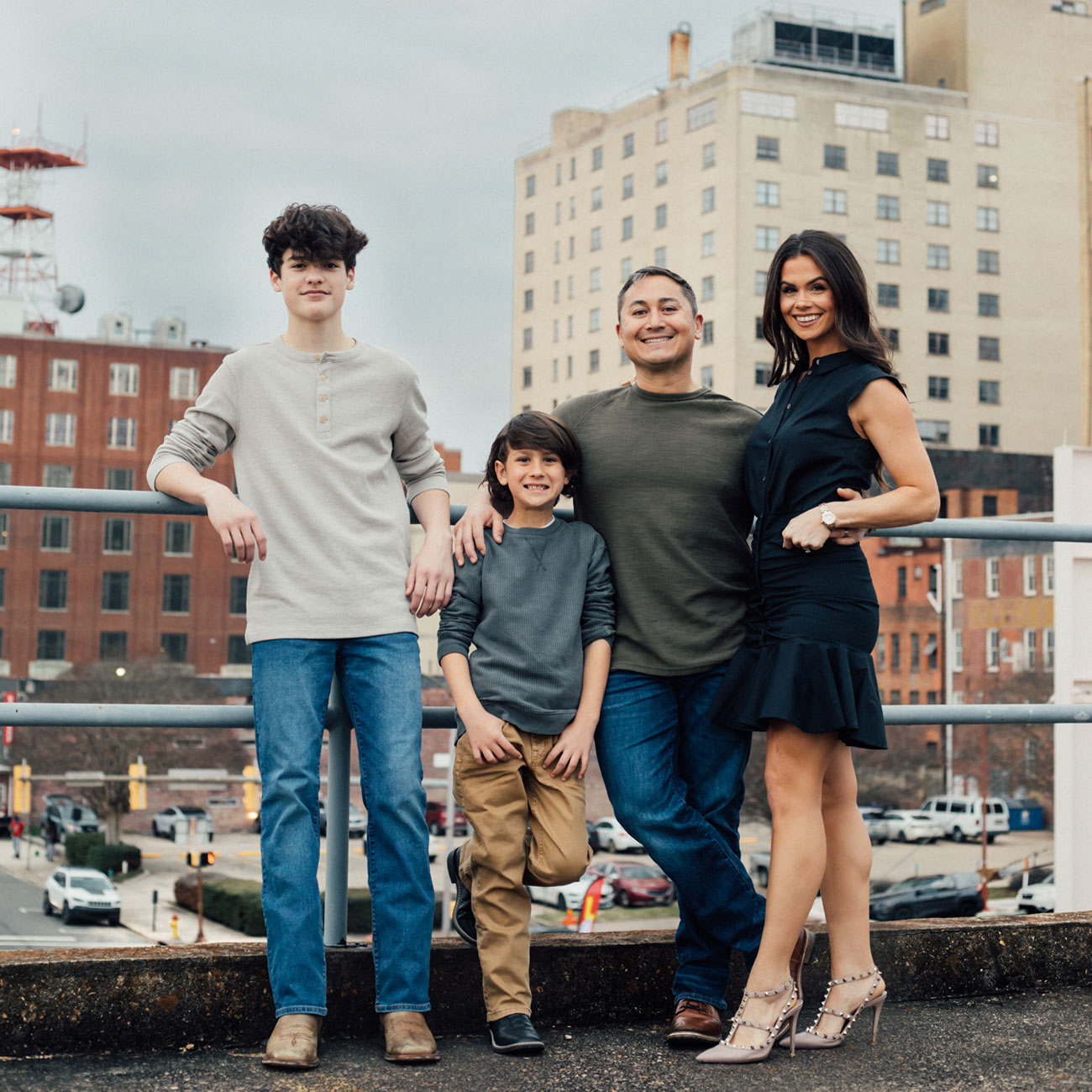 In 1995, Mario Chavez moved from California to Shreveport with the intent to stay for only one summer. Twenty-six years later, with the exception of a few breaks, Mario is still calling Shreveport his home. Those breaks include enlistment in the United States Army for formal training in Fort Benning, Georgia, advanced individual training for satellite communication and GPS tracking systems at Fort Gordon, Georgia, deployment for Operation Iraqi Freedom, Kuwait/Iraq, activation for Hurricane Katrina, as well as support for hurricanes Gustov and Lily.

Mario has served this country and community countless times and volunteered for every mission offered him. Mario stood up when the CDC needed transportation drivers to support the statewide distribution of the swine flu vaccine. Mario also not only attended the Youth Challenge program (Louisiana National Guard's youth high school equivalency program), but he graduated as the #1 Cadet in the program. Due to his experience there, he has a huge place in his heart for the Youth Challenge program and has since mentored seven young men.

Besides the Youth Challenge Program, he holds immense respect for our fallen veterans and it is apparent with his numerous Honor Guard ceremonies. Mario has performed graveside funeral honors for over 100 military funerals for our fallen heroes. He was asked to head up the northwest Louisiana honor guard team while his senior left for Iraq, and he gladly ran the team and worked his day job simultaneously. The honor of performing these duties is not easy and Mario was trained by the same soldiers that perform these honors at Arlington National Cemetery. Mario did his state proud and passed the rigorous training and testing that is mandated before a soldier can perform this task.

Mario was also nominated for "Soldier of the Year" for the 165th battalion in Bossier City, Louisiana, and was sent to Alexandria to compete against other soldiers chosen from their respective battalions around the state.
Mario has put his military life behind him and decided to settle down and raise his family. He and his wife, Megan, have three boys, Noah, Tanner, and Wilder. Mario utilized the skills he learned in the military and uses his technology expertise in the fields of communication and connectivity in his business offering billing and payment solutions over various mediums. He is the owner of a merchant service sales office and currently handles a portfolio of over 3,000 clients that he personally started from one customer.

After three years of being a civilian, Mario felt the need to serve again and decided to run for public office. He ran and was elected as Caddo Parish's first Latino Commissioner. Currently in his second term after successfully winning reelection, Mario was elected by his peers to serve as the Parish President during the very difficult year of 2020. Besides his countless awards achieved throughout his military career, he has received some notable civilian awards as well. Those awards include: "Business Owner of the Year" from the Shreveport Chamber of Commerce, "40 under 40" , "Civil Servant of the Year", and "Elected official of the year” from the social workers association.

Mario in the news

SHREVEPORT, La. - Mario Chavez is a No Party candidate running for the Shreveport mayor's seat.

SHREVEPORT, La. (KTAL/KMSS) – Mario Chavez has served as Caddo Parish Commissioner for District 10 since 2016. Now he is one of the most well-known candidates running for Shreveport Mayor.

In my first two editorials, I addressed the crime in Shreveport and why I chose to run as a No-Party candidate. While on the campaign trail, I have spoken with thousands of people who desire a brighter future for Shreveport.

If Shreveport were a party, that is the party, I would belong to. When I decided to run for Mayor of Shreveport, I spent much time in prayer, speaking with my wife, and talking to Godly counsel. One thing I learned is what God’s Word says about foundations.

Shreveport Residents, "What are you going to do about crime?" This is the first question I have gotten asked on the campaign trail over the past 3 months and I see this question being asked more and more.

Commissioner Mario Chavez, who sponsored the legislation along with four others, said at the commission’s June 1 work session that it’s a good time to purchase the trailers given the recent rise in crime.

Caddo Parish Commissioner Mario Chavez appeared Tuesday before the Shreveport City Council to explain why a plan to have parish deputies patrol the southern part of the city failed to materialize.

A new mural on the Marshall landscape

The newest mural to come to the street is on the side of the small building called the Shreveport News Agency at 1122 Marshall St., owned by Caddo Parish Commissioner Mario Chavez and once home to Pokemon Go character Pinkachu. .

Hard work, mentors and faith are the foundation for this Caddo Paris Commisioner and businessman

Commissioner Mario Chavez says he’s had enough of the senseless crime happening within Shreveport and in Caddo Parish. “Anything that we can do, if we can use technology to help us solve crime, we need to try it, ” Commissioner Chavez said.

Mario Chaves is newest recipient of caught in the act award

We didn't know when we first called Mario Chavez, that he is quite used to getting phone calls early in the morning from crazy radio people. He didn't recognize the number we were calling from, but he answered anyway. .

Together we the people achieve more than any single person could ever do alone.

Paid for by Mario because he loves Shreveport